Rekha can plan the hell out of a travel day, you guys.

I just got to go to LA with her. I have only been to LA a handful of times, and every time, before I go, I think, “I am probably not going to like this.” LA seems like the kind of place I wouldn’t be into: I don’t like cars and driving very much, really hate strip malls, and although I do love the sun, I can only be out in it for a few minutes at a time without more or less bursting into flames.

But you know what? LA is awesome. It’s strange and silly, and even the strip malls are filled with cool shit. Rekha planned the itinerary below.

Photo taken from atop the ferris wheel, natch.

A good example of the FABULOUS CHEESINESS that is the greater LA area. I love a ridiculous miniature amusement park in any setting, but put it on a beach and I am SO in.

Also it was 90 degrees the day we were there, so it it was nice to stick our feet in the water after wandering the pier.

Also it is possible that my family discovered that this pier is lousy with Pokemon.

Whoa this place is awesome.

First of all, it’s FREE (what??) except for parking. We didn’t even make it to the amazing art collections – there’s a beautiful garden, a sculpture park, great views, lots of fancy architecture.

Next time I go to LA, this place is getting a full day.

LOOK AT THIS SCIENCE EXHIBIT. Behold, for it is a timeline of the universe displayed in BROOCHES AND OTHER COSTUME JEWELRY.

And in that way, it is very similar to Rekha.

I missed a couple of days of posting, so here are some Rekha facts to get caught up:

I know lots of y’all have been reading this blog for a while. Maybe today leave a comment with a reason why? I’m sure you’ve got a million of them!

Happy birthday, Rekha. I sure am lucky to know you, and excited to continue the celebration of you all month long.

I do know that she made it happen – I am kind of crap at making new friends, although it’s something I continue to work on. I have always been SUPER shy, although now, after decades of practice, I can do a pretty good impersonation of a not-shy person. To the extent that people who’ve known me for a shorter time  are often surprised to hear that I’m an introvert. (It’s because I now talk too much, to compensate. Middle ground, very elusive!) But the place where my shyness especially still lingers  is in forming new friendships.

Anyway! This post is about Rekha, not my neurosis. The point is, she put in some legwork and started inviting me to stuff, and over to her house, and for walks, and before I knew it we were friends. Rekha is the kind of person who puts herself out there. People like that are kind of scarce.

Rekha has mad fashion sense, and is known throughout our workplace as a fashion leader. Granted, we work in libraries, and sometimes the bar is not that high. BUT STILL. SHE LEAPS OVER IT. On the rare days I don’t see Rekha at work, I wonder what outfit I missed.

Obviously I also miss her delightful personality. But I’m in it, like, 20% for the shoes.

Y’all, Rekha was up in the freezing predawn this morning to support her nephew’s crew race. Who is getting her one of these? 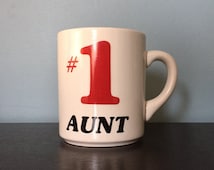 p.s. I’m pretty sure I got my aunt this EXACT MUG for Christmas circa 1985.

It is Day 1 of INTERNATIONAL REKHA CELEBRATION MONTH (IRCM) here at Pop Culture Librarians! Come back every day in October for more insights into the awesomeness of Rekha.

The first time I saw Rekha, she was speaking on a panel. In library school, they occasionally hosted these panels of people who’d been INSIDE ACTUAL LIBRARIES to come and talk to the students about what it’s like in there.

I’m pretty sure this was a panel of library students who’d done internships–our library school called them Directed Field Works (nobody knows why). I was a first year student, and the second years who had been out there were telling us what was up. The internship Rekha had done was maybe weeding a collection–library talk for throwing out old, gross books–or maybe she had also done some reference desk work, I don’t know.

Anyway, I’m sure whatever she did was great but it wasn’t that I was so impressed with her book throwing-away skills. Even though our paths didn’t cross much in library school, I always remembered her from that panel. She seemed really cool and self-possessed; she radiated a low key confidence. I thought, I’d like to be like her when I grow up.

Hey you guys! So, it’s been a while? I’m not going to get into why I haven’t been posting, because the only thing less interesting than a post about why someone hasn’t been posting is a post about someone’s dream – and I’m saving that update for tomorrow.

Haha no but seriously. Sometimes you just feel like the world has had enough of you talking, you know?

However, buckle up because I’m BACK. In case you are unaware, October is International Rekha Celebration Month, and I’m gonna be here every. single. day. singing the praises of that girl.

Here is a tiny preview.

Rekha and I have done quite a few work-type presentations together, and we have a pretty sweet PowerPoint game if I do say so myself. Last week we were about to do a presentation and Rekha suggested that we each give the audience an interesting fact about the other, but without telling each other what it would be.

And then she said, “Of course, this could be like when people don’t share their vows with each other before the ceremony, and then one person says all kinds of deep, heartfelt stuff and the other person reads two lines out of a book.”

In her anecdote about me, Rekha tells the story of a day I barely remember in which I come off looking like a huge hero: taking a sick coworker to the ER, big rescue, etc. Basically I am Prince Charming and Wonder Woman and kind of a saint.

And right when she finished talking I was like OH DAMN THIS IS GOING TO BE LIKE THE VOWS THING.

Even though there were roughly 8,270,1561 amazing things I could have said about Rekha, none of them came to me in that moment. So what I actually said was, “You all may not appreciate the Rekha fact I am about to share as much as you should.” (The audience laughed, bless them.)

“But you should know that Rekha has ENCYCLOPEDIC KNOWLEDGE of the Kardashians. And ALSO! Very intelligent analysis of their place in our culture! Her readings of their interactions with–” at which point Rekha very kindly cut me off and we got back to the PowerPoint.

So. It was kind of like the vows thing. Except that I am very sincere in my admiration of Rekha’s Kardashian knowledge and insights! More on this, perhaps, in a future blog post.

Anyway! I am doing a do-over with the Rekha facts, and it is happening right here on the blog. So get ready because it starts October 1, bebes.

Longtime PCL readers are probably aware that Rekha is a really good friend. She’s not braggy about it, but I think it’s clear from reading this blog that friendship is important to her and she works hard to make sure her friends feel valued, take care of them when they need it, and all that good stuff.

But what you might not realize is that Rekha is actually pretty much the greatest friend of all time. I could give you a lot of examples (and I will on future occasions) but here is one for now: for my birthday, she got us tickets. TO BEYONCÉ. FLOOR SEATS. WHATTTTT

Y’all, I am struggling with this Prince thing. Prince is MAGIC. MAGICAL MAGIC. Which should last FOREVER.

I recently went to San Diego for the first time. Here are some things I learned:

So like, WEEKS ago, your girl Rekha made a big announcement that there would now be not one but two! Two Pop Culture Librarians! And then!

Well, not crickets. PCL#1 continued to blog in the awesome way that she does. But PCL#2 failed to appear.

I’m going to be real with you peoples. I got a little bit of stage fright. You and Rekha have ten years of beautiful history together. It’s your Tin Anniversary! (Actually that doesn’t sound so great. What are you supposed to buy for that, a role of aluminum foil? It makes no sense. But details!) Who am I, some interloper, to come in and bust it all up? What if my blogging is not up to the high PCL standards that you have come to know and expect? What if you throw the blog across the room in disgust?

However! You all seem pretty kind and generous, so I’m just going to bust up in here with some pop culture business. Go easy on me.

Recently I was on one of those planes where it’s kind of like Netflix–you get your own screen and you can choose your own movie for free. Aren’t those the best? God, I love them so much.

Anyway, I had a Paul Rudd marathon (such is the degree of my love for Paul Rudd that I even watched Ant Man), and then once all my Rudd-related options were exhausted I moved on to When Harry Met Sally.

My original review of this movie, after a screening at my birthday sleepover in seventh grade, was that men and women can too be friends, so there. I stand by that review, but also I have a news bulletin for you from 1989: HARRY IS THE WORST.

Did everyone else already know this? Sally has her problems I guess but her main problem is Harry being the very absolute worrrrrst.

“When I buy a new book, I read the last page first. That way if I die before I finish it, I know how it ends. That, my friend, is a dark side.”

Barf. This guy is every worst guy that you dated when you were 22. He tries to impress you with his existentialism, then he hits on you despite the fact that he is currently dating your friend. When you decline, he accuses you of being uptight.

In Harry’s case, he then stalks Sally for years afterwards, continuing to explain to her how awesome he is and how screwed up she is.

Also, I had forgotten that this movie very much expects us to believe that Billy Crystal is a sex god. He mentions it in practically every conversation. It’s so exhausting, sleeping with so VERY many ladies! Then they expect you to hold them afterwards! Life is so harrrd for a sexy sexy sex god like Billy Crystal.

In summary: Thumbs up to the many wigs of Meg Ryan, thumbs down to everything about Billy Crystal in this movie.