I am happy to report that March seems to be going less angrily than February, and with that I have started to rejoin society. I kicked off my re-entry by attending a craft night party that ended up not involving any crafting whatsoever (craft parties and book clubs: rarely about crafting nor books, I have discovered) but there were drinkies and lolly gagging into the night, which was even better. The very best thing that happened was my friend L busted out a scrapbook that she had made as a teenager (doodled on the cover: “I love reading,” because L has been bringing the adorability for solid decades) in which she had pasted–in alphabetical order–clippings of every Tiger Beat 80s dude that you remember plus some you forgot (sorry C.B. Barnes, how could I have forsaken you?) There were notes on each person (favorite foods, birthdays) and even some sweet autograph action (the frigging John Hancock of Khrystyne Haje from Head of the Class, for crying out loud). This artifact alone convinced me that I need to come out from under my rock. There are things in the world to go out and experience, and vintage Menudo photos are one of them.

I followed that by going to a dancing and drinking party (unlike crafting and book parties, these ones are always exactly what they say they are) and it was just what I needed. I cannot tell you how much I love getting dressed up and going dancing. It’s like I have an inner Lindsay Lohan that’s just bursting to come out or something. Should I be worried?

Let’s see, what else is happy-making? Oh, how about the fact that Nordic Boy finished building my new closet last month? My clothes pop out from the top of the closet when you open the door, you guys! It’s like a whole James Cameron Avatar 3D situation, only with dresses. And before you think that Nordic Boy does super nice stuff for me while I do little for him, I will have you know that I have taken to saying “WHERE MY HUNDIES AT” when I look in my purse and every single time he busts a gut laughing. So. I call that about even.

Wallander
This has turned out to be one of my favorite series ever. The setting, the mysteries, the way it’s filmed. Love it all. I especially love how Wallander confronts horrible shit day in and day out and feels the weight of it every single time. He doesn’t get jaded and he cares just as deeply for every case. Almost too much of a conscience, which makes him deeply dysfunctional and/or incredibly admirable.

Downton Abbey
Don’t worry, no spoilers if you aren’t caught up. So you know that Really Big Thing that happened half way through the season? It was done so well and with so much heart, I thought. And then the final Really Big Thing happened at the very end of the season, and it felt super contrived and abrupt in a kind of ridiculous way. How about I talk in a way where I am so cautious about spoilers that I am barely conveying any actual information anymore? You like how I did that? I am so good at the writings sometimes, it’s blinding.

The Following
I tried watching this solely on the promise of seeing Kevin Bacon on a regular basis. However, I stopped after the first episode. I couldn’t handle the serial killer being an Edgar Allan Poe buff and genius English professor. Like, after he murdered someone he wrote “Nevermore” in blood on a wall. I mean, really? Evil serial killers I can handle, but that’s just insufferable. And to make it worse, no one seemed to know what that “clue” was until Kevin Bacon (masterful detective!) says something like “WAIT A MINUTE. ISN’T THAT EDGAR ALLAN POE?” like he solved a Rubik’s cube or something. Kevin, I love you, but I can’t. Am I wrong, internets? Should I give it more of a chance?

Community
I know this show’s days are pretty much numbered, but NOOOOO. Don’t cancel it, tv people!

Parks and Rec
I also have fears for this show being cancelled. But how will I live without Ron Swanson’s mustache and Chris Pratt’s pratfalls and TREAT YOSELF? And Leslie and Ben’s wedding? So sweet it just about killed me dead.

House of Cards
Kevin Spacey does smarmy so well, does he not? This is one of those shows that I burned through and couldn’t stop watching, but it’s hard to describe my feelings about it with the words “I liked it.” It’s ultimately unlikeable- every last person on it is a flipping dick and you kind of want everyone to get what is coming to them and you’re not rooting for anyone. It should make me feel rotten about the world, but it’s so interesting that I sort of forget about that. So, wheeee! Awful people doing awful things. Kind of like the real housewives, but maybe 3 brillion times smarter. Season two, sign me up.

Bunheads
So I started watching this from season 1, and am not very far into it so my opinions may change. It is so in the mold of The Gilmore Girls (fast talking smart lady protagonist, conflict with her stubborn mother-figure, small town quirky people, overachieving teen girls) that I sort of love it but there’s always this feeling like it’s a shadow of what The Gilmore Girls was. I think Sutton Foster is great but she’s no Lauren Graham, but is that even fair? I feel like the bratty kid who’s meeting my new stepmom. YOU’RE NOT MY REAL LORELEI/MOM!

Justified
Finally started watching this too, and the only thing I need to tell you at this point is that I have a strong contender for my painstaking process of creating my Free Pass List. If you will recall, I have a serious problem finding candidates for my list. I don’t know why this task is so difficult for me but it has been. However! Timothy Olyphant though. HELLO SAYLA. So now I have 4 solid candidates. So what if it took me 7 months worth of thinking about it to get to 4?

That’s it for now, friends. Want to see my new closet? 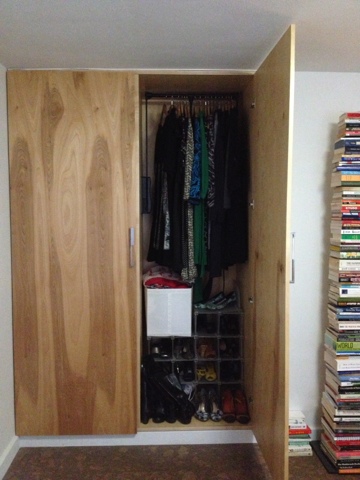 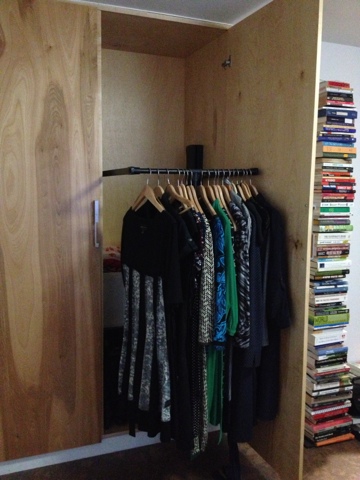