Hey, I totally forgot that I sort of do have a New Year’s Resolution! It’s a small-ish one, but I am disproportionately proud of it, as is my wont. And yes, I know that you don’t really get to be proud of making a resolution, but rather the pats on the back should come after you actually maybe follow through with some part of it, but whatevs. And also, I feel the need to share this one because maybe a couple of you will think about doing something similar, and that would be cool. Not only do I all of a sudden have a resolution but I went from having one to being evangelical about it RIGHT QUICK, didn’t I? So charming.

When Biogirl left the state for her fancy book learning many a year ago, we had a deal. We sent each other a piece of mail every week. Not email, but a real honest-to-goodness, Kevin-Costner-in-the-post-apocalypse-Civil-War-delivering, hold it in your hand piece of mail. It could be a postcard, a magazine clipping, a letter, a gift, a card, a photo, a dirty limerick, whatever. Something had to show up in the other person’s mailbox each week. Biogirl was going to get doctorated, so she was going to be gone for at least 5 years. That’s over 500 pieces of mail between the two of us. And there may have been a couple of times that one of us didn’t do it, but for the most part, we did. We kept up with it, we made the effort, and it was super fun.

Since then, I have tried to make this sort of thing more a part of my life. If you are friends with me, you may have gotten a random card in the mail from me at some point or another, if I have your address. But it’s few and far between, because unlike the deal I had with Biogirl, I haven’t made it a part of my routine, and so many things in life depend upon making them a part of your routine. Eating right, getting enough sleep, exercising- we all know that these things need to be made into a pattern to really be effective, but so do things like thoughtfulness and reaching out. We have to prioritize those things and practice them. So, I have become The Decider about mailings and the decision is thus: I am going to send a piece of mail to someone I like every week. Randomly, but on a schedule. Because people love non-junk mail and isn’t that all that mail really is anymore? Isn’t the entire post office run on the fact that Walmart wants to tell you that it has 2000 Flushes on sale? I just know that when Biogirl would send me stuff in the mail, no matter if it was a letter or a silly photo, I was always happy to get it.

Even if you think trying to send a piece of mail a week is cuckoo, consider sending something to one of your homies this year, or two. Just ’cause it’s nice. 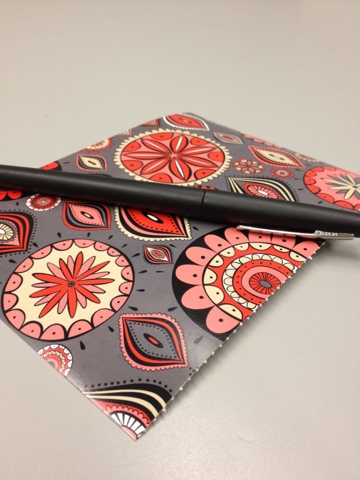