I am back from New York City, which really should be called New York Walkie (get it? city? sitty? Ha ha haaaa I am clever just shut up). I packed this trip to the total gills, people. From sun up to way past sun down I was on the move, taking it all in. The result? I am back doing the work/home thing with a cold, which I crashed with as soon as I got home. But you know what? Worth it.
So instead of my usual Consumables, I shall tell you some things I did on my trip. I don’t know that it really makes sense as a Consumable post, but it’s my bloggy and I’ll be nonsensical if I want to. Ready? Ok. In no particular order:
Guggenheim Museum: Best museum in which to stage a chase scene for a movie, right? Thankfully Nordic Boy and I restrained ourselves.
Brooklyn Bridge: We walked across on a blustery day and got lots of photos of us with crazy hair standing straight up.
World Trade Center Memorial: I am convinced that I would have thought this even if I hadn’t known where I was: the design of the park, especially the water features, was really sad. It made me think about design and how the combination of water and stone and shapes were put together so artfully to evoke sadness. I found it amazing.
Book Expo: This was the work-related reason I was in New York. The highlight was getting to see this panel of authors: Junot Diaz, Barbara Kingsolver, Jo Nesbot, and Stephen Colbert. Each one of them were interesting, funny, compelling, and inspiring.
Center for Architecture: We saw some architectural concept drawings the blew my frigging mind. Plus, we were in Felicity country which made me want to sing “hah-dee-hay-ho” in a somber voice the entire time. I didn’t though. At least not out loud.
Times Square half-price Broadway ticket booth: This was the very first time that Nordic Boy had ever been to Times Square for realsies. It’s sort of amazing to watch someone take in all the gaudy.
Museum of Arts and Design: I loved just about everything I saw here, including this guy’s work, and also these smoke paintings.
Phantom of the Opera: Embrace the cheese! We did.
Wall Street: I still can’t believe that they stand on the floor of the NYSE and lose their shit like that, like, as a real thing.
Battery Park: It’s so “Desperately Seeking Susan” there.
Chelsea Market: The gelato. Oh honey.
The Highline: We walked it with blog friend Annie! Who I guess can be referred to as a real-life friend since we have hung out in the non-internets several times now.
Metropolitan Museum of Art: A special exhibit comparing Prada clothes and Schiaparelli clothes. Magically delicious!
Blog-friend-turned-real-friend Maddie took us to dinner and then to a standup show in an unmarked room in the back of a bar. There was only room for like 30 people in there, and the lighting in the waiting area was spooky, with red light bulbs and a scary black door. I am glad Maddie was not trying to murder us, because that would have been a total bummer. Turns out that behind that door were SNL writers and Kristen Schaal and other such people being super funny, for free. It was like a private show just for us. Only it wasn’t. It just felt like it was.
A delish dinner with Maddie and yet-another blog/real friend, Rachel. Awesome people everywhere!
Window shopping in Nolita was also notable. I couldn’t afford anything but the clothings sure was purty.
Plus, we ate a lot. Like a lot a lot.
So, all in all New York City gave me a long, hot, sloppy kiss. And I groped back. 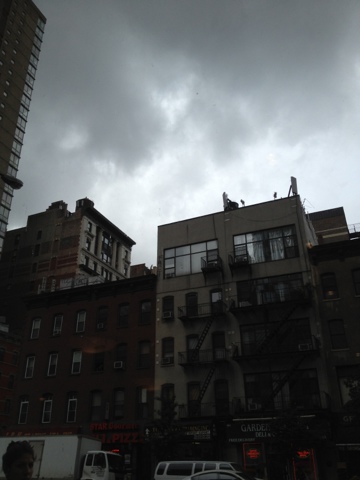 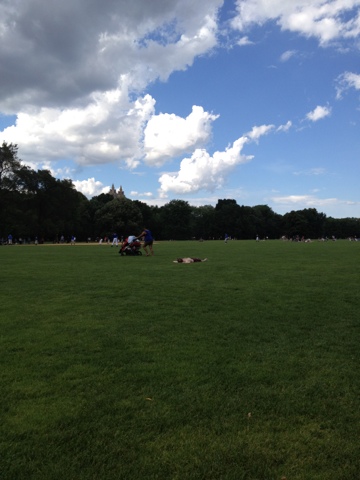 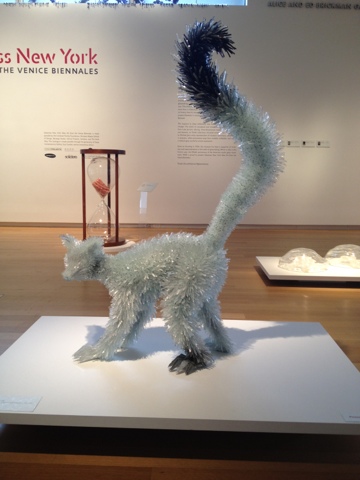 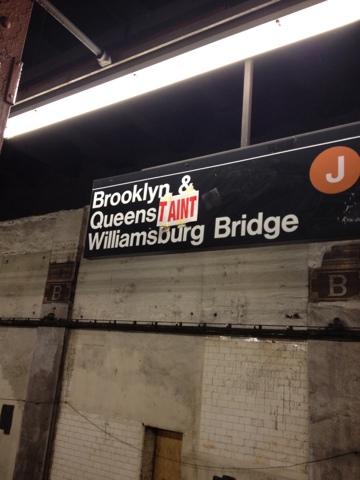 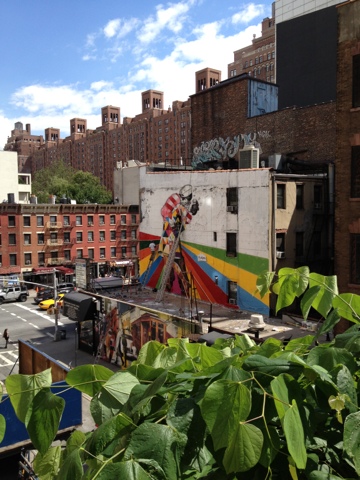 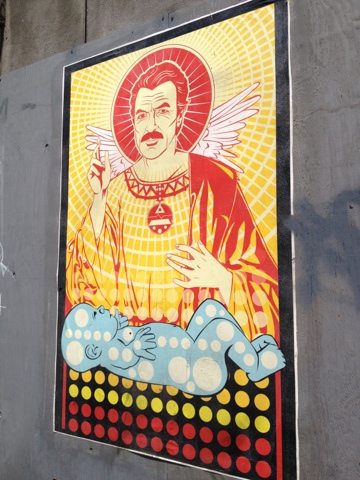 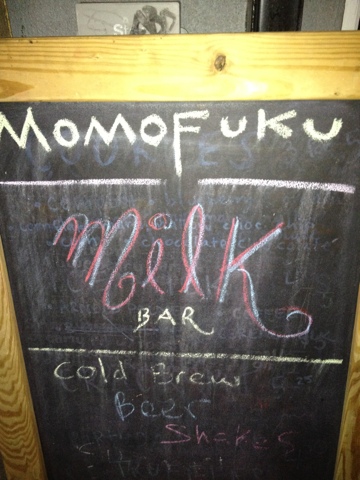 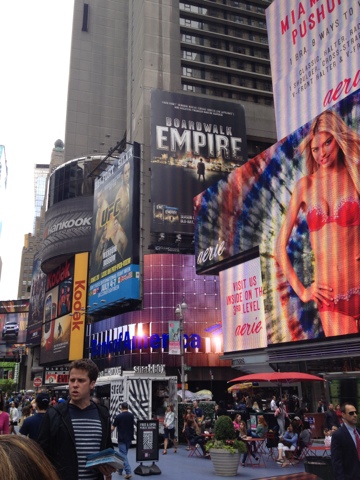 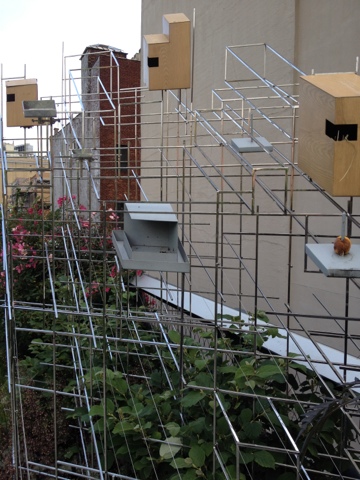 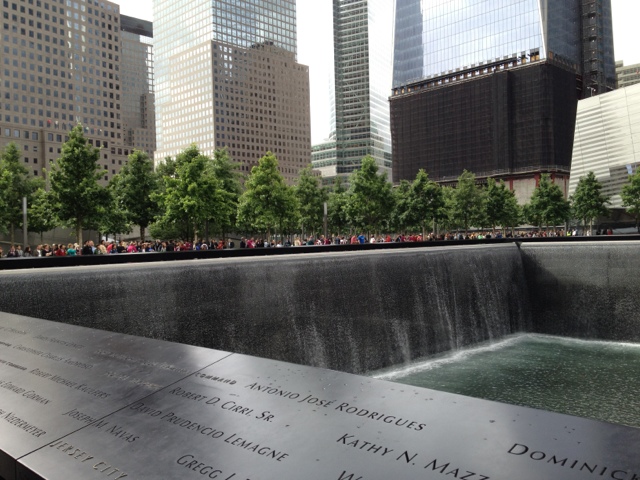 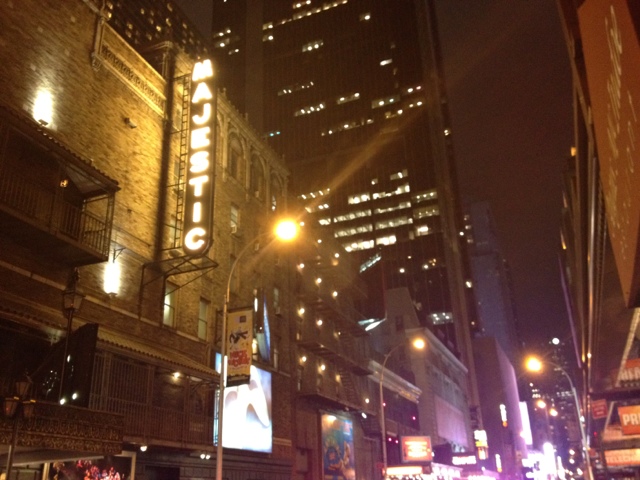 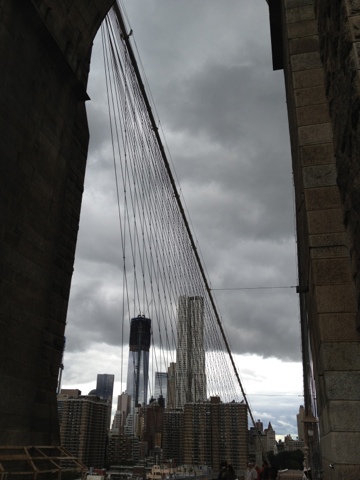 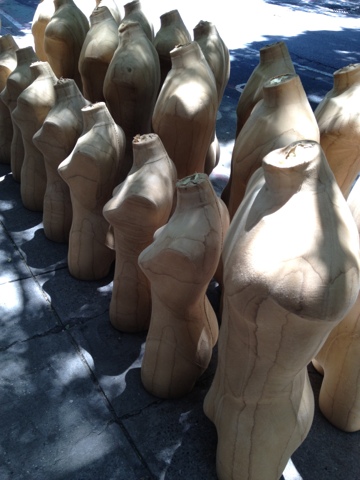 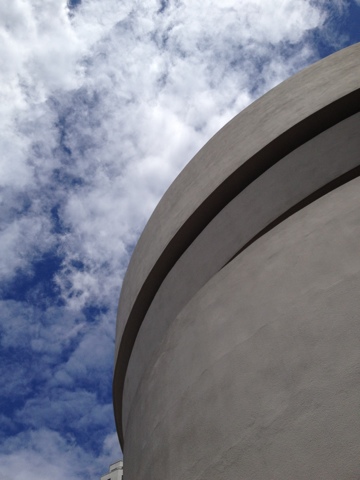 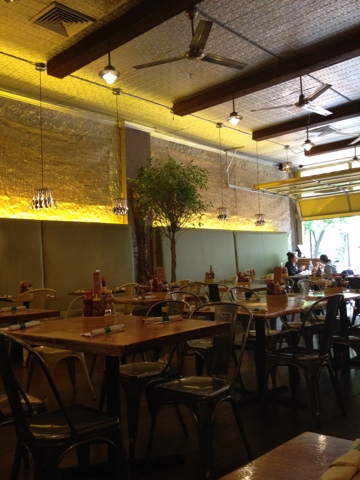 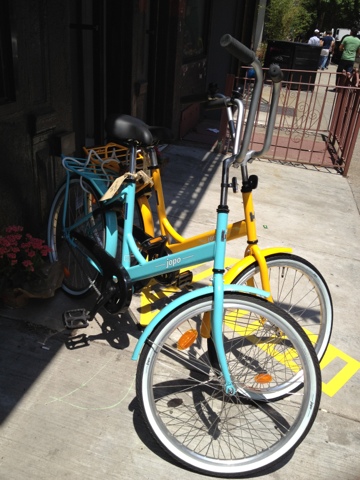 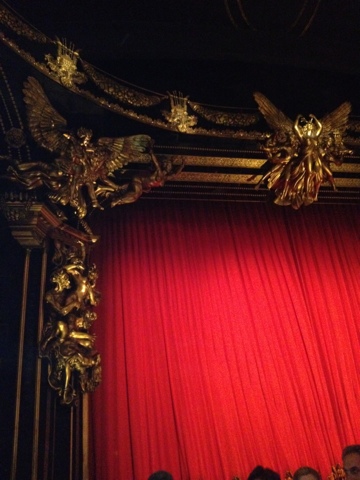 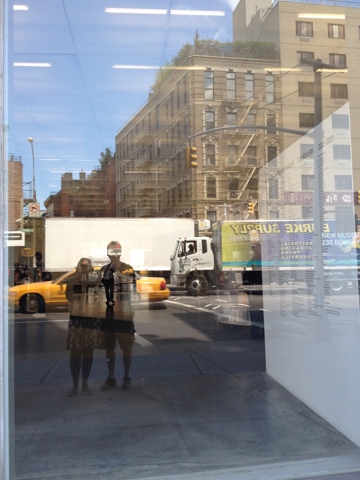